The Citizens' Voice is The Only Path To A Better SOMALIA 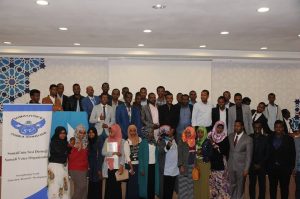 Government at its historic best is “by the people for the people.” Unfortunately, government today is viewed instead as a game played by people simply promoting their own self-interests.

The challenge to citizen involvement is that disillusionment and discouragement grow. Many want to help but don’t know how. Others don’t think they have enough time to be effectively involved. Still others become so frustrated by “the system,” they believe they can’t make a significant impact.

The reality is that those without a strong voice — the most vulnerable of us — suffer most. These include the very young, the very old, the abused, the impoverished, the disabled, the victims of disaster and many others who often have no public voices and have great difficulty protecting themselves. The vulnerable among us also include the other created components of our world — animals, plants, air, land and water — that likewise have no voice of their own. Unless others act courageously on their behalf, the weak and the silent are left alone in dire circumstances.

It’s time to throw destructive divisiveness aside in favor of collective honor and integrity. It is time for new and timeless voices to emerge — honorable, wise, compassionate and courageous “citizen voices.”